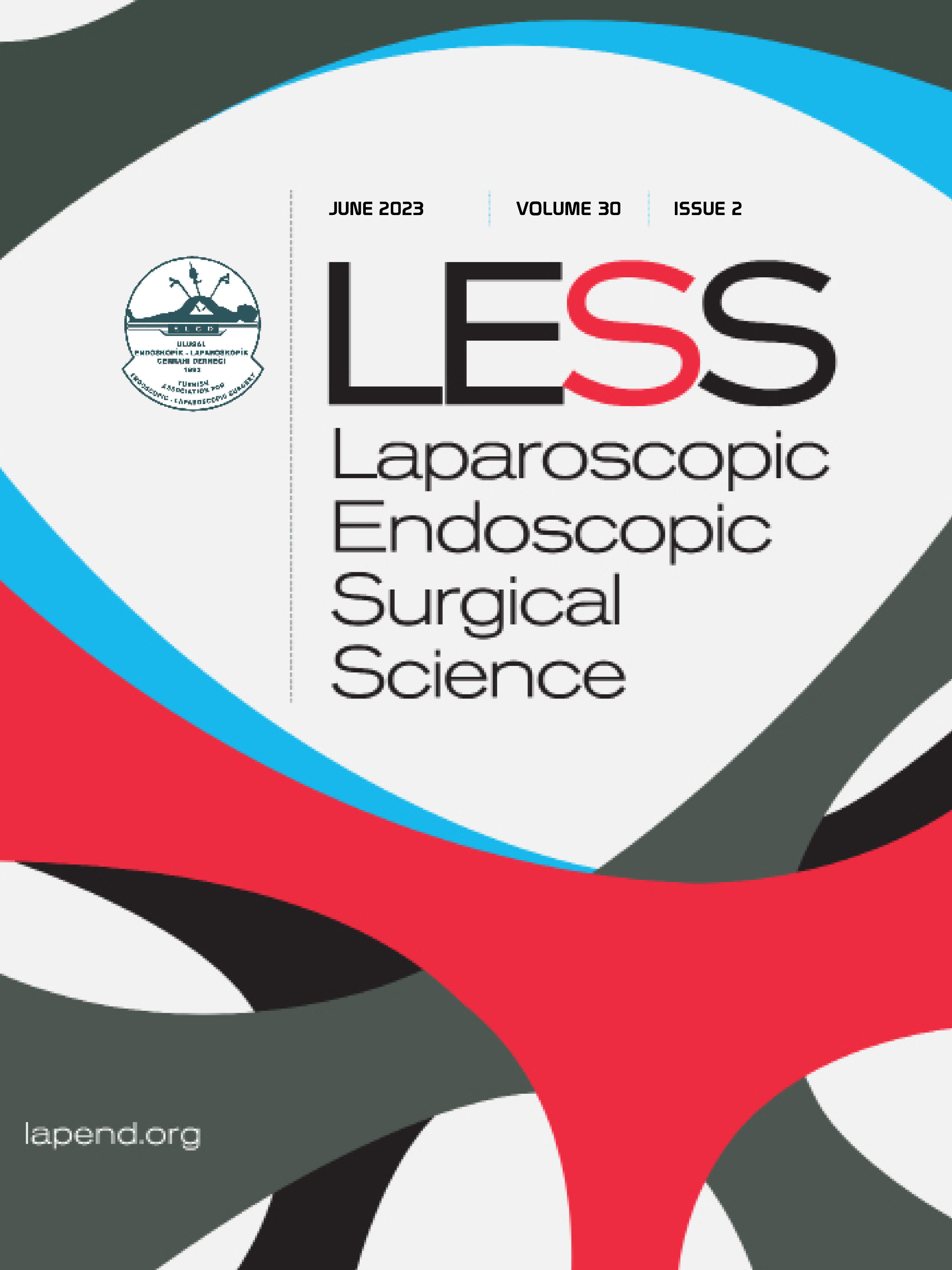 INTRODUCTION: The aim of this study is to show the reliability of three different access techniques (Hasson Technique [HT], Veress Needle Technique [VNT], and Direct Trocar Technique [DTT]) commonly used in laparoscopic surgery and to investigate their effects on the early and late outcomes.
METHODS: This single-center cohort study was designed as a retrospective study (between May 2019 and July 2020) at a tertiary health center with 290 patients. Pre-operative, operative, and post-operative parameters were gathered from hospital archive system. Post-operative outcomes were divided into two categories: Early outcomes and late outcomes. Early outcomes were defined as complications detected within the first 30 days after surgery, while late outcomes were defined as complications occurring between 30 days and 1 year. The differences of the investigated parameters in the three insertion techniques were evaluated statistically.
RESULTS: HT was used in 113 (39%) patients, VNT in 104 (35.9%), and DTT in 73 (25.2%) patients. DTT was a preferred method at younger ages (P<0.001). Twelve (4.1%) patients had complications during the first trocar insertion. While both operative complications and visceral injury were higher in the DTT group, the rate of vascular injury was the same between all groups. The early outcomes were seen in 34 (11.7%) patients.. The rates of both subcutaneous emphysema and ecchymosis were significantly lower in the HT group, P=0.011 and P=0.008, respectively. On the other hand, late outcomes were seen in 9 (3.1%) patients. The rates of late outcomes were similar between all groups.
DISCUSSION AND CONCLUSION: HT is a reliable method for the first trocar insertion due to the low rates of operative complications, and low incidence of early complications.